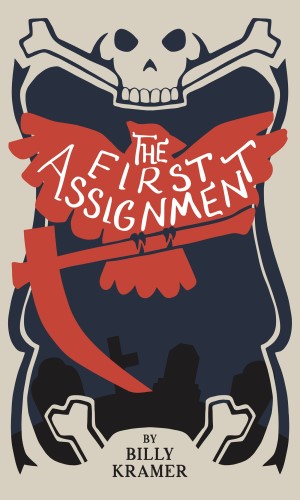 What happens after death? This is one of the greatest questions. While there are numerous theories and visions of the afterlife, there seems to be no absolute universal certainty of what lies beyond. Billy Kramer joins the ranks of wonderers by offering a cohesive and immersive narrative of the afterlife and life in The First Assignment.  Purchase Here.

This young adult fantasy novel opens the gates to a gripping tale of self-discovery, becoming, and the interconnectivity between people. The tale, characters, and events evoke a strange familiarity in the reader. Some elements seem like a distant memory lost in the fog of time or a dream that dissipates at first light.

The First Assignment centers on life after death following the experiences of seventeen-year-old Shawn Turner. After waking up under strange circumstances, Shawn finds himself transported to a brave old world. Alone among strangers, his survival instincts kick in while he tries to understand his new reality.

Shawn is just one of many recently deceased who were chosen to join Wayward Academy. An academy of the dead in service of the living. This complex institution is a learning center, work center, and living space for those enrolled. While reapers seem to take the center stage, this is merely one of the groups that animate the space.

Bombarded with new experiences and concepts, pulled down by the weight of the unknown, Shawn soon finds comfort in the familiarity of new friendships. He soon builds a connection with a few other first-year students at the WA. Through shared experiences, whispered secrets, and knowing glances, Shawn begins to gain strength.

After being subjected to a series of intellectually, emotionally, and physically challenging tests, the new students are assigned to their respective jobs. Then, Shawn receives his first assignment. Waiting for someone to die offers Shawn ample space for introspection. Bound by strict regulations and under supervision, he sees a glimmer of hope to break through the chains and make a difference. However, taking this path would mean silencing his survival instinct.

Billy Kramer creates a magical universe caught in a mystical realm somewhere between life and darkness. The First Assignment builds the foundation of a new worldview that invites further expansion. While Book 1 may be finished, Book 2 lingers on the horizon.