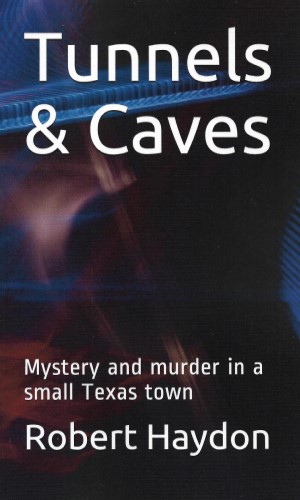 Kelly Wren and Angie Morrison are in a serious romantic relationship. They co-own a farm in Willow Creek, a rural town in Texas. Wren is a former sheriff who works on cold cases along with retired detective Wayne Tolleson for the Austin Police Department. Morrison unofficially helps with the investigations, which involve three cold cases: the double murder of a man and his girlfriend, the murder of a teenage girl, and the disappearance of a college student and her boyfriend. While Morrison devotes time to aid Wren and Tolleson, she also oversees the day-to-day running of the successful farm business and deals with a stalker. Wren and Tolleson end up in dangerous and life-threatening situations while pursuing satisfactory resolutions to the unsolved crimes. Will they be successful, or will the criminals get away with their abhorrent behavior? As Morrison’s stalker escalates to more intrusive and threatening behavior, will Morrison become the victor and not the victim? Purchase Here.

Robert Haydon has written a great mystery novel with twists and turns that transports readers directly into each scene and keeps them invested in turning the pages. Witty banter, camaraderie, romantic chemistry, skillful investigating, gun battles, and farm chores are integral to this aptly titled book, Tunnels & Caves, in which police detectives face challenges while trying to solve difficult and unsolved crimes. While the detectives work hard at solving the cold cases, other situations arise that are key to the overall story arc such as a train derailment with the escape of wild animals into the countryside, a murderous criminal on the run, and a stalker with a devious plan. Readers get to see firsthand the strategies law enforcement officials use in their efforts not only to try and find answers for survivors but also to identify the guilty parties.

Haydon has created true-to-life characters with personality traits that are unique to each individual, and all of their reactions and behaviors are believable in the situations they find themselves. Carefully crafted dialogue tailored to fit the characters brings them to life and engages readers by making them feel immersed in the fictional world Haydon created. The investigation takes Wren, Tolleson, and Morrison to a number of locations, and strong descriptive writing evokes a powerful sense of place. Tension and suspense are seamlessly woven together and builds up as the story progresses leading to readers being on tenterhooks until the final outcome. A captivating and riveting mystery penned by Haydon that gets readers so invested in the story they will not want to put the book down until it is finished. Tunnels & Caves does not follow the standard book format. There is no title page, the text is double-spaced, the chapters do not start on a new page, and there are no page numbers. However, this does not detract in any way from the quality of the writing and the overall enjoyable reading experience.