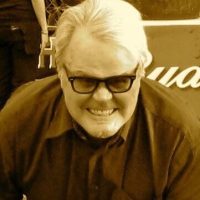 The books shown on the left are by WILLIAM LEROY. Click on the cover to order.

This interview was conducted by Dianne Woodman on April 29, 2022.

William LeRoy: Very astute of you to notice those details, Ms. Woodman, in particular the mention of another author by first name, which was part of the deal with him and our common publisher. See, I went with Mossik Press instead of Simon & Schuster for publication of my first novel — The Same Old Story — and, well, without getting into who-struck-John, we’ve been in litigation for almost ten years about who’s to blame for the book not becoming a bestseller. In a nutshell, I say it was Mossik’s so-called marketing at fault, which is why I agreed to take over the other author’s franchise and they agreed to promote my first book.

And by the way, forgive the nit-pick, Ms. Woodman, but contrary to your thoughtful review, Popo Crowder said only that the baldheaded man may have left the cut-up copy of my book in her coffeehouse Give-and-Take lending library. Whoever put it on a shelf is a big part of the mystery.

Dianne Woodman: If William LeRoy is an alias, why disguise your real identity?

William LeRoy: There again you’ve put your finger on a complicated backstory, another tale littered with lawsuits and gag orders, not to mention a veritable posse of ex-wives and unpaid vendors.

Dianne Woodman: Why Henryetta, Oklahoma for the setting?

William LeRoy: As it happens, the small town famously known as HOTA — Hometown of Troy Aikman — has been my stomping grounds for many, many years. And, I believe it might have been Betty Crocker who advised authors to write about what you know.

Dianne Woodman: So are your book’s characters based on real life people; or are they entirely fictional?

William LeRoy: I wouldn’t necessarily call them real people, but some of them are real characters.

Dianne Woodman: The lingo is spot-on for each one. How did you come up with word choices?

William LeRoy: They say Charles Dickens used to walk the streets of London at night, listening to people jabber. Me, I just hang around the Twisted Sister Coffeehouse — which now serves booze — the Wide-O-Wake Cafe, and mainly the barber shop. That’s where you’ll usually find Plaster — the other author you mentioned — a bullshitter of the first water, who fancies himself a natural-born private detective.

William LeRoy: Actually, Plaster picked Runyon as the model for the private dick in his books, based on my barber shop recollections of an old radio program I listened to as a kid; and no doubt because Plaster is also a fat man.

Dianne Woodman: Why did you pick a nameless junior high schools student as Max’s sidekick?

William LeRoy: That’s my own nameless self back in the day. If I didn’t lead him by the nose to water, and make him drink, Plaster’s private dick couldn’t find his own over-sized rear end if he searched with both hands; which is saying something.

Dianne Woodman: : Did the writing of the book require you to do research? And how did you decide on which literary works to use in writing it?

William LeRoy: Just picked ’em off the shelves of the coffeehouse lending library. And did some mental cutting-and-pasting, you might say. It’s not easy to think great thoughts on your own, not to mention put them down in hundreds of pages of words.

Dianne Woodman: To conclude, does William LeRoy intend to continue thinking great thoughts and putting them into words in books?

William LeRoy: That depends on whether the guy at Mossik Press gets off his backside, does a better job . . . For crying out loud, on page 87 of this book, Mossik’s so-called editor got the name of my first book’s hero wrong. Whether or not William LeRoy again puts pen to paper depends on whether Mossik does a better job marketing The Same Old Story; and starts sending checks that don’t bounce.

Dianne Woodman: Thank you for taking the time to do this interview with me!