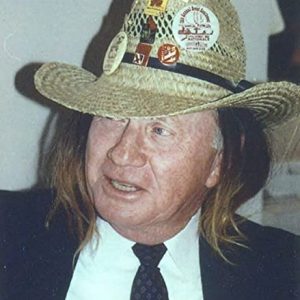 The books shown on the left are by Simon Plaster. Click on the cover to order.

This interview was conducted by Rich Stoehr on March 26, 2013.

Note: Due to certain legal issues, Simon Plaster is not allowed to talk to anyone eye-to-eye, and so has elected to answer the interviewer’s questions in the third person.

Rich Stoehr: The idea behind the
book is what made me want to read it most – I’ve read similar ideas from Jose Saramago (‘Death With Interruptions’) and seen it done on film and in television. Were you inspired to write about this by any other works in particular?

Simon Plaster: As to whether Jose Somebody or others who work with pen and ink inspired the idea of GOSPEL, the answer is no; Simon gave up the reading habit after noticing that the adventures of Dick and Jane and Baby Sally were boring. On television and at drive-in movies, he only watches funny shows and musicals, with the sound turned off.

Rich Stoehr: There’s a lot of characters to keep track of in the story of ‘Gospel.’ Did you have them all mapped out beforehand? Did any of them take you by surprise?

Simon Plaster: With one exception, all the so-called characters of GOSPEL are good friends of the author, and volunteered in advance to be in the story. Buford Bailey, on the other hand —- Simon never liked the sumbitch —- barged in uninvited. Since getting himself elected Student Council Secretary in second grade, “Booster’ has been a pain in Simon’s big be-hind.

Rich Stoehr: From religion to survivalism to celebrity to journalism to yoga, nothing seems safe from being poked fun at in ‘Gospel.’ Is there any subject matter that’s off-limits for you as a writer?

Simon Plaster: As for a subject off-limits to Simon, as a story writer, yes, many years ago a gal made him promise he wouldn’t tell anyone if she let him touch her in a certain place on her body. Recently, he saw her again and she told him she had refused his teenaged advances because she didn’t believe he wouldn’t tell the fellas. But Simon is a man of his word, and has always figured he’d likely not get a second chance to cop a feel from any gal if he got known for kissin’-and-tellin’. He remains hopeful that strategy will pan out someday.

Rich Stoehr: I was surprised to learn that there really is a town called Henryetta in Oklahoma. Have you lived there or visited?

Simon Plaster: While Simon used to summer in the town of Henryetta, Oklahoma, since closure of the all-you-can-eat Pig Out Palace Buffet, he’s found no particular reason to spend any part of his year-long vacations there. An outstanding warrant also diminishes its appeal.

Rich Stoehr: There’s quite a colorful cast of characters in ‘Gospel.’ Are any of them based on people you know or have met?

Simon Plaster: As he said earlier, most of the so-called colorful cast of characters in GOSPEL are good friends. He sees or talks to one or more of them every evening while he drinks a bottle of two of Llano, an affordable Merlot stomped and bottled in West Texas. Sometimes they end up in bed together, two or three or four of them at a time, laughing at something one of them said.

Rich Stoehr: Apparently Henryetta was quarterback Troy Aikman’s hometown. Were you tempted to give him a guest appearance in ‘Gospel’?

Simon Plaster: In his first attempt at putting a story into words on pages, titled Sumbitch, A Tale of Bigtime College Football and a Girl, the hero —- Gaylord Goodhart —- is a star football player. And the girl, not happy to have been named after the town of Henryetta (spelled with a ‘y’), points out that it is only a spot on a map at an interstate highway exit, but known statewide as HOTA —- for “Hometown of Troy Aikman.” And that name seems to have caught on, so Troy has been suitably recognized, in Simon’s book.

Rich Stoehr: Speaking of guest appearances, there’s a lot of them in ‘Gospel,’ especially near the end. Sometimes familiar people appear under slightly different names. Why did you use some famous names and poke fun at others under different names?

Simon Plaster: As for GOSPEL “guest appearances” of some people by “different names” and others by “real names,” to Simon Plaster they are all the same, all cartoon caricatures that would be just as ridiculous —- as a rose would smell just as sweet, so to speak —- by any other name.

Simon Plaster: Simon does not hold to any conspiracy theory, and opposes in particular the current notion that the government’s unclothed farm animals policy is part of a Communistic Democrat Party plot to undermine sexual morals of today’s rural youth. What next from the vast Right Wing Conspiracy, imposed celibacy of birds and bees?

Rich Stoehr: Is this really going to be your final novel? What’s next for you? On to getting yourself one of those Pultizer Prizes?

Simon Plaster: Yes, as he has previously announced (on advice of his agent), GOSPEL is Simon Plaster’s final work in words. To win one of those Pulitzer Prizes in this, the so-called digital age, he intends to shift his efforts to numerical narratives, such as 2 + 2 – 3 x 8 ~ .683 divided by Pi etcetera. Indeed, the period at the end of this sentence could well be his last, Huzzah!