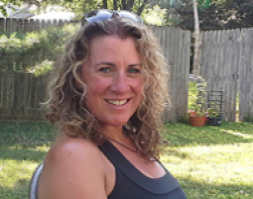 The books shown on the left are by HONEY PARKER. Click on the cover to order.

This interview was conducted by Dianne Woodman on November 16, 2021.

DIANNE WOODMAN: What inspired you to write a fictional story about the social fallout from the
COVID-19 pandemic? Was it related to your own experiences?


HONEY PARKER: The idea for Careful-ish grew out of
a weekly video call with friends across the country. It started at the beginning of COVID-19. We’d laugh about some the crazy things we’d heard people doing. Then, we started sharing some of the things we did when we thought no one was watching. That was the beginning. From there, I began thinking about how twenty-somethings in New York City would be dealing with it. My guess was: poorly. I realized that being locked in made everything bigger. The highs where higher. The lows were lower. And I thought that if I needed a laugh during all of this, others might as well.

DIANNE WOODMAN: Are the characters based on real people that you have interacted with, or did you design them? If the characters are your own creation, how did you come up with the diverse set of characters and their personality traits?

HONEY PARKER: I wanted the characters to be diverse in their careers, economic standings, sexual identification and ethnicity. The point was to explore how lockdown was effecting a broad range of people. Restaurant workers felt differently about things than people in the financial sector. Each of the characters is a gumbo of fiction, people I’ve met, stories I’ve heard, and my own quirks. And yes, I had a lot to pick from in the category of my own quirks. One character did get parents based on my own. My mother passed away at the beginning of the pandemic, and it was my way of spending more time with her. Good time.

DIANNE WOODMAN: You did a great job of naming the characters. How did you choose their names? Did you use a character name generator, a sourcebook for naming characters, or pull them from your imagination?

HONEY PARKER: I picked the name “Shad” because I know someone with that name. I thought it was just too good a name to not use it. Having The Joy use the article in front of her name was inspired by, The Weeknd and Chance The Rapper. (If they’re reading, sorry guys, but it made me laugh.) The other main characters’ names came from thinking about the feeling and energy I wanted each of them to have. For the supporting characters, I tried to use names of people from all different parts of my life–mostly to honor them. For instance, I used a dear friend’s name for a character who is financially secure, because that’s what I wish for that friend.

DIANNE WOODMAN: Is there any particular significance to the title of the book?

HONEY PARKER: When I started writing, everyone was adamant that they were being COVID-careful. But what I was seeing was, we were all being only Careful-ish. We all rationalized our own questionable behavior. COVID launched a new era of ridiculous rationalization and justification. Then, for the subsequent titles, Daughter of Careful-ish and the forthcoming Bride of Careful-ish, both relate to the story, as well as harken back to the campy horror movie titles that I love.

DIANNE WOODMAN: Are New York and Florida, where the story takes place, familiar to you? If not, did you visit the areas and/or research the locations? If you conducted research, what sources did you use?

HONEY PARKER: I’d moved to New York City right out of college and was there at the point of my life when these characters are at in theirs. I knew each of their apartments, the lifestyles and all the activities they were missing. That said, I did interview friends in New York. I also spoke to twenty-somethings living in both New York and Chicago. For Florida, while I lived there briefly, I hadn’t lived where that part of the story is set. That was inspired by everything we were hearing about how people in the Sunshine State were dealing with the pandemic. And it was utterly different than what my friends in New York were doing. When I interviewed people I knew down there, it was fascinating. They talked about how careful they were being, then they’d tell me what they were up to. It in no way sounded even careful-ish. And because the Florida storyline is set in a 55-and-over community, it was ripe for things that a lot of our parents were up to. Truly, those are some of my favorite quirks of all.

DIANNE WOODMAN: Why did you choose satire as a literary device in your writing of this book?

HONEY PARKER: As I said, I knew I needed to laugh and figured I wasn’t alone in that. It’s been a challenging time for all of us. Emotionally, physically, financially, many of us have taken more than a few shots. (No pun intended.) But if we can laugh at ourselves and with others, maybe even at others, it reminds us who we are. And if I may get sappy, laughter is unifying. If you’re laughing with someone, it means you’re seeing the world the same way. Also, laughter is a needed counterbalance to the heart I wanted to give each of the character’s.

DIANNE WOODMAN: Alcohol played a big part in the story. What was your reasoning behind it?

HONEY PARKER: Hmm. I will say that the first and almost only public place I ventured out to during COVID was the liquor store. But this group of friends had a weekly beer date at their favorite dive bar. When COVID hit, keeping that date helped them stay connected. Also, people let their guards down and do some less than careful-ish things when they drink. Another chance to laugh.

DIANNE WOODMAN: A few of the characters participate in marches. Do you think that has made any difference in the government’s handling of the pandemic?

HONEY PARKER: This was a tough topic. I never wanted the books to get political, but the marches were such a big part of life in NYC that to ignore them felt dishonest. In my research for the book, I spoke to several people who watched or participated. I tried to capture the feelings they experienced–feelings which were ultimately positive. I can’t speak to how the marches affected the government’s handling of the pandemic, only to how they impacted the individuals I spoke to.

DIANNE WOODMAN: What message do you hope readers take away from the story?

HONEY PARKER: That the human condition is survivable if we can laugh at ourselves. That if we can figure out our purpose, it’s easier to move forward with grace. That good friends are to be treasured. That you should never let anyone photograph you when you’re drinking. And that you should tell your mother you love her.

DIANNE WOODMAN: Did the writing of this book have an impact on your own life?

HONEY PARKER: Wow. The short answer is, yes. The slightly longer answer is, I now have a new career. When I started writing the book, I was looking for a way to mentally get through some tough blows. I quickly realized it was going to be a series. Then people started following the story and getting involved with the characters and asking what else I’d be writing. It’s all been rather humbling. The even longer answer involves my attitude towards life and the universe, and would take way too long and require cocktails.

DIANNE WOODMAN: Do you plan on writing a third book that will feature the same group of characters? Will COVID-19 play a role?

HONEY PARKER: The third book is in editing as we speak. And yes, it is the same group of characters plus a few more. When I started writing the second book, I was so happy to hang with these people again. It was like I’d missed my friends. Will COVID-19 play a role? Likely for some time. Let’s just say that even though it’s over, it’s not over.

DIANNE WOODMAN: Thank you Honey for taking the time to do this interview with me!