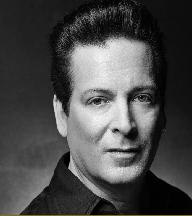 The books shown on the left are by David Castello. Click on the cover to order.

This interview was conducted by Suzanne Odom on January 23, 2017.

Today I am interviewing the talented author David Castello.

Suzanne Odom: What inspired you to choose World War II as the time frame for your book, The Diary of an Immortal (1945-1959)?

David Castello: The Diary of an Immortal (1945-1959) came to me in a dream so bizarre and realistic that it jolted me awake in the middle of the night. I could smell the cordite in the air during the liberation of the Dachau concentration camp. Luckily, I wrote down details because I didn’t remember much in the morning.

Suzanne Odom: Do you yourself have an interest in immortality?

David Castello: I have a strong interest in living longer than the average life span. Would I want to be immortal? I’m not sure, but I definitely want to explore all this planet has to offer until I’m completely bored and that could take a while.

Suzanne Odom: Can you relate to any of the characters in your book?

David Castello: The protagonist (Steven) and I have similarities. I’m a musician (drums), I’ve lived in south Florida and Manhattan, and I’ve visited Dachau, Germany and Xian, China. Then there’s his girlfriend, Jennifer. I’ll keep that one to myself.

Suzanne Odom: In your writing, do you try to be more original or to deliver to readers what they want?

David Castello: It is my desire to deliver to my readers what they want by being as original as possible. There have been many fiction books written about immortality, but none like The Diary of an Immortal (1945-1959).

Suzanne Odom: Describe what your ideal writing space looks like.

David Castello: My ideal writing space would be a bamboo shack on a sunny, but deserted, sandy white beach with one wall missing, so I have an unobstructed view of an infinitely azure ocean. I don’t have it yet, but I visualize it all the time.

Suzanne Odom: What does literary success look like to you?

Suzanne Odom: What kind of research do you do, and how long do you spend researching before beginning a book?

David Castello: I’ve long been obsessed with history and archaeology. I was excavating Native American Indian mounds when I was fourteen. When I write, I get into a groove until there’s a free-flow of consciousness and I won’t break that rhythm by allowing details to get in the way. Then, I’ll go back, do my research and plug it in. Many times I’ll surprise myself by nailing historical facts spot-on during the first draft. That’s always a great feeling.

Suzanne Odom: What do you feel is most important: characters, plot, or setting?

David Castello: They are all equally important because there has to be a harmonious and synergistic relationship between the three for a novel to truly come alive.

Suzanne Odom: Describe your writing process and how you brainstorm ideas?

David Castello: Maybe it’s because I’m full-blooded Italian-American, but my pen never touches paper unless there is passion motivating me to write. The idea of immortality fascinates me and after I had that dream I was off to the races.

Suzanne Odom: What’s next for you? Are you working on anything at the present time?

David Castello: Yes, I have two other books currently swimming around in my head, but the reaction to The Diary Of An Immortal (1945-1959) has been fantastic and it appears I will be writing a sequel.

Suzanne Odom: Thanks David for graciously agreeing to do this interview with me!