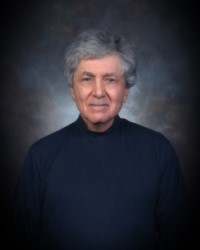 Hi! Thanks for visiting our webpage all about Paul Corson.

Books on the left are by Paul Corson. Click on the book cover to purchase.

Paul Corson is an inspired writer from Memphis Tennessee. Corson’s description of his other- worldly experiences were featured in The Philadelphia Inquirer. He went on to be interviewed about his transcendent encounters on The Fox News Magazine on TV. Barbara Bush opened the hour and Corson closed the hour.

As a pharmacist, Corson established a protocol for the treatment of HIV/AIDs. He received the 2000 Philadelphia Hero Award for his contributions in supporting AIDS survivors.

Paul published the book, Touched by God: A Search for Higher Truth in 2004. His poem, “What Can Comfort Those Who Have Lost a Loved One” has been read at each of the opening ceremonies of the Aids Quilt in its original 20-city tour. He has since shared the poem with those who have suffered great loss.

Corson remembers with quiet satisfaction the time he helped save a man who was trapped in a burning building. His later adult life was spent writing and also living the spiritual precepts that are offered in Regaining Paradise.

The real genius of Corson’s approach is the overwhelming evidence he brings to the fore that the world around the reader repeats its patterns to echo their creator’s mark. Humanity is thus part of the “cosmic beauty” that can be understood through reason and being unafraid to face our inner sameness with the stars and with each other. Over and over, Corson reminds us that we are surrounded by miracles every minute, but familiarity has us demystify them, since they’re commonplace. Even veteran readers of spiritual literature will be delighted and enlightened by Regaining Paradise: Forming a New Worldview, Knowing God, and Journeying into Eternity, by Paul Corson, which celebrates both new and age-old wisdom. A dedicated researcher, Corson incorporates insights from many fields with his own out-of-body experiences to take the reader on a hero’s journey in which doubts and fears are dragons to be slain in the quest for truth.

Corson appeals to the thinker and the spectator of the marvelous, the spiritual, and the practical, ever-seeking and yet at peace. With dense, appealing prose, Corson quotes theoretical physicists, poets, philosophers, psychologists, and theists, orchestrating his cerebral symphony into a ground-breaking thesis that rewards careful and multiple readings.

Unlike other spiritualists who decry science and eschew the most common of common sense, Corson embraces scientific evidence as the creator’s handiwork even while showing the limits of science in appreciating the universe around and within us. For one example, Corson offers a sensible reconciliation of faith and evolution that is both simple and deep, noting that those who deny intelligent design and hold strictly to materialism are as entrenched in faith as the theists they scorn.

With a sharp, almost painful clarity the reader will greatly appreciate, Corson discusses God as the ultimate poet, scientist, and source. Corson calls upon the reader to open their mind’s eye to perceive new means of understanding that are at once both rational and miraculous. He promises, and delivers, that once readers allow themselves to overcome personal fears and doubts, they will see the truth of Paradise. A tall order indeed!

The reader can feel, and share, Corson’s joy and astonishment as he describes the details of his vision both visually and emotionally. The reader is challenged to believe in such a vision by the same author who has explained the nature of cosmic vibration and macro-genetic engineering. In unprecedented detail, Corson talks about being one with this vital force behind the physical world. Corson fulfils the promise of showing the same world around us but through new eyes, a “rewired” mind that can perceive reality in its fullness and boundary-free unity of light and the eternal mind-force. Then, with astonishing ease, Corson moves on to describe not just the unity of God, but the details of heaven.

In the best possible sense, Corson calls on us to go down the proverbial rabbit hole of wonder and even bewilderment to find the bedrock of truth. Here we come face-to-face with the question of questions that is self-liberating: the very nature of a God, the infinite force that is its own explanation. Doing so takes the courage to face our deepest fears, particularly concerning death, to comprehend that the past, present, and future meet in an eternal endlessness. As such, fear is replaced by the glory of the world and of the many worlds behind this one.

In this and many other ways, Corson’s Regaining Paradise accomplishes many little miracles of its own. Citing Plato’s Theory of Forms one moment, then Fritz-Albert Popp’s experiments with electromagnetic radiation the next, contemplating the duality of the universe even as he espouses the need for empathy among humankind, Corson exposes us to a multiuniverse of wonders indeed.