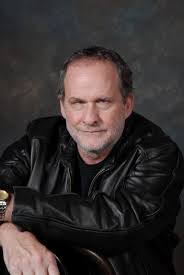 Hi! Thanks for visiting our webpage all about Michael Kasenow.

The Lost Paradise: A Novel by Michael Kasenow. Click on the book cover on the left to purchase.

Michael Kasenow is an award winning novelist (View From The Edge) and an award winning poet (Six Feet Down). He is a survivor of an abusive and brutal childhood. Embarrassed as an adolescent because he couldn’t read or write, it was in the eighth grade when he would “slip away from his friends” into the middle school library to read poetry.

“I couldn’t read very well back then; therefore, I couldn’t write very well. The best way to learn how to read, when your attention span is short and every word is long, is to read short poems. The first poem I read was by John Keats, ‘Ode to Death’. A very simple and short piece, eight lines maybe, but long enough for someone who’s nearly illiterate. I simply read short poems and progressed to longer pieces over time. By reading poetry one learns how to read, write and dream.”

He left home early and dropped out of college in his first year, at 19, due to failing grades and the infectious world of drugs. “I was drifting with the lost generation at that time. My friends were going to prison or being shot or were committing suicide. I had to leave that world behind or perish.” He began to travel across America—“patching up wounds, learning through experience.” He worked a series of odd jobs from Michigan to Texas to New Mexico: cab driver, bartender, lumberman, janitor, and rancher, to name a few. “Living among a variety of unique personalities—the enchanted, the mystical—vagabonds, drifters and an occasional thief.” These experiences add a level of authenticity to his written work. In the early 1980s he began the tedium of learning mathematics.

“I was told in high school that I had no math or scientific ability. I couldn’t even solve simple fractions back then. Later in life I became interested in science, so if I was going to be serious about it, I had to learn math.”

He earned his BS in Geology from Eastern Michigan University in 1986 and eventually obtained his Ph.D. from Western Michigan University. He has taught geology, environmental science and hydrogeology at EMU since 1989. His publications include 14 books on the subject of groundwater analysis, and he has many scientific publications that include books, monographs and software. Most of his scientific work has been published by Water Resources Publications, out of Colorado. He has established himself as an innovator in the field of groundwater analysis, developing new pragmatic equations. He’s been writing literature since the 10th grade. His first novel, The Last Paradise, was published in 2009 and gained many excellent reviews. View from the Edge is now a multi-award winning novel. His most recent novel, A Wicked Thing is also an award winning novel. He is also the author of the award-winning book of poetry, Six Feet Down.

He’s working on another novel, more poems and “science stuff”. He lives in a Michigan harbor town, enjoying blueberries and the west waves of Lake Michigan.